I spent last night packing up some of my DD1's tiny little "early baby" size clothes that she wore when she was born... DH's ex-boss, with whom he is good friends, became a father for the second time last week but the baby was a month early and when the staff on the neonatal ward changed her clothes, they sent the clothes her parents had bought for her to the general wash, from whence they never returned(apparently, the hospital policy is that they should have put name tags in the clothes (how bizarre!!) - at the hospital where I had both my girls, a sign was simply put on the cot to say that baby was wearing her own clothes so if the nurses etc changed their clothes, they would just put them in the cupboard under the bassinet for the parents to take home and wash).
So anyway, I'd offered to send them some of DD1's old clothes to tide them over and they accepted... so I had a rummage in the cellar and packed up some teeny tiny babygrows (so bizarre to look at them and think DD1 was tiny enough to wear them - in fact they were big on her at first!) and of course I had to make a card to send with them: 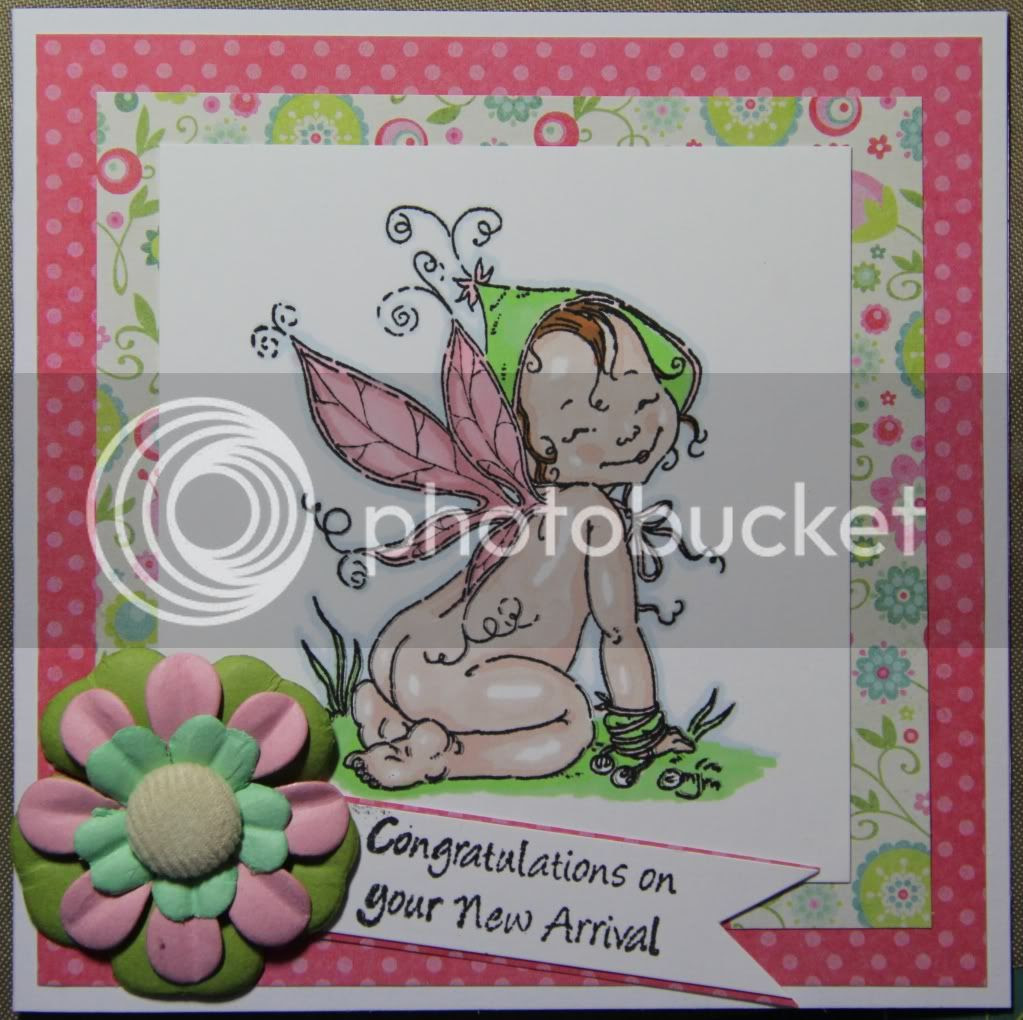 I love this Mo Manning stamp from Stampavie... it's soooo cute and just perfect for new baby cards. :) I coloured her in with ProMarkers and used some My Minds Eye papers that came free with a magazine and a K&Co flower brad. Just a quick and easy simple card but hopefully one that they'll like.

What a cute card-and did you shed a little tear when you packed up the clothes?

Oh yes, in fact I had to keep a couple of outfits just for sentimental reasons. :)