Well, would you look at that? Turns out there was a whole desk - in fact two of em! - under all that mess. Who knew? :D 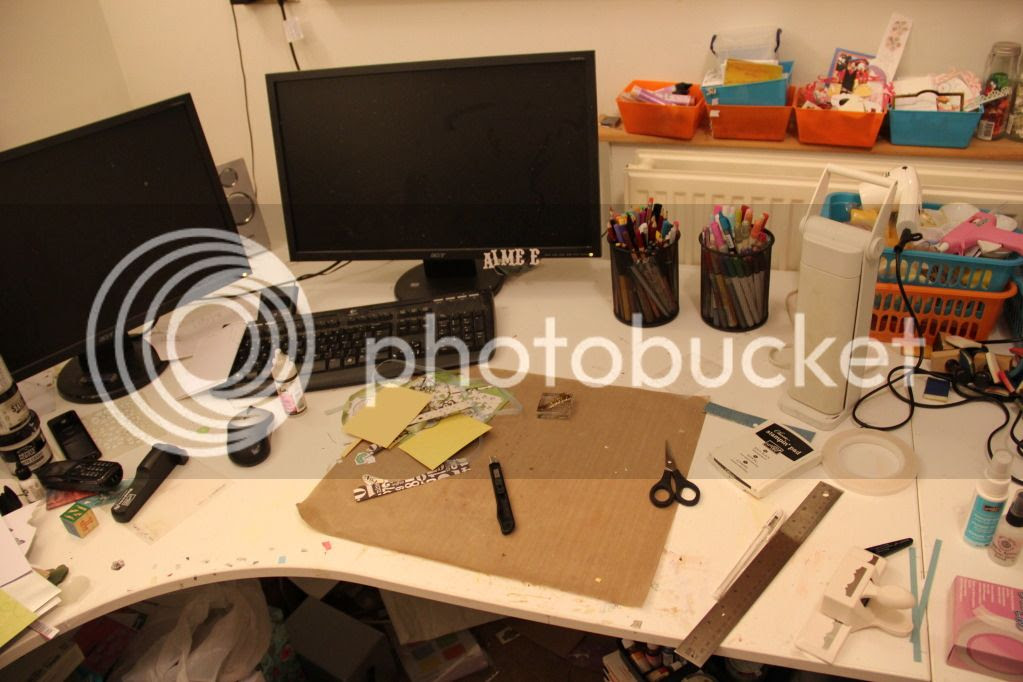 Yup. Stand back in amazement. I've tidied. I've actually cleared both the desks. Here's the second one: 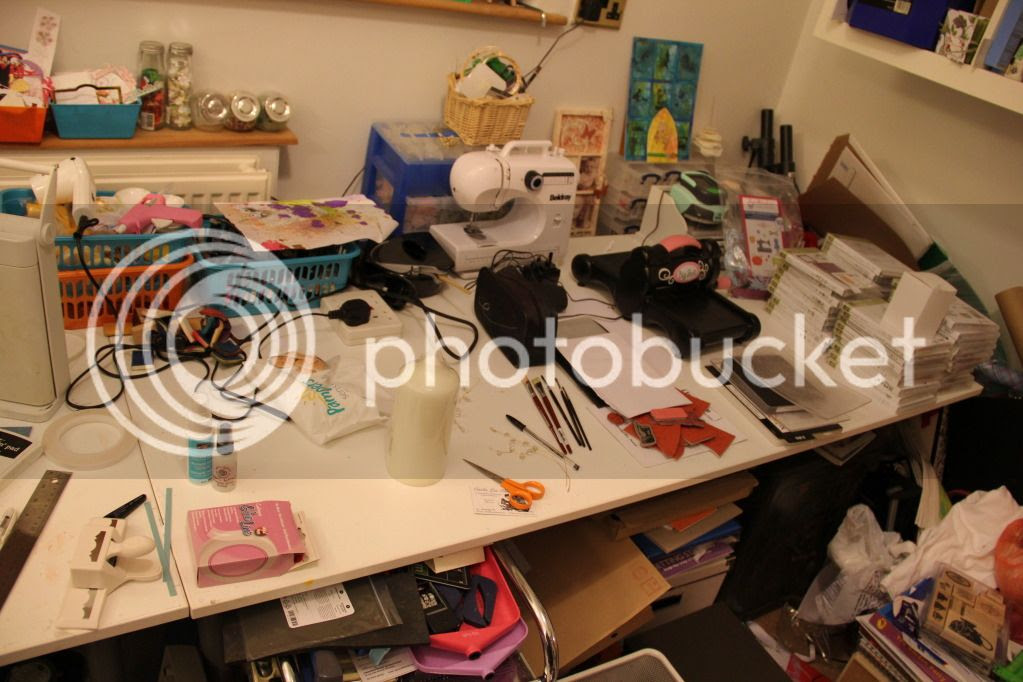 A few odds and ends here and there that are awaiting a) transporting to an alternative room in the house or b) a more permanent home in the craft room, but overall muuuuuch clearer and tidier than it was before! To be fair though, the floor and all the other surfaces are still in desperate need of work! :lol: But I've cleared the desks and had a bit of a reorganise of some stuff and have now got space to set up my Cameo. Only I can't. Because, as I suspected, the monitor cables aren't long enough for me to move them any further across the desk. So I either need longer monitor cables or, as hubby has suggested, to move the tower to under the other side of my desk and get a longer network cable for the printer.
Either way, it's complicated IT stuff and I don't do all that stuff. Hey, I married an IT geek, there's got to be some perks, right? :)
So Operation Cameo is waiting until hubby gets home in a couple of days. In the meantime, I have been doing a teesny bit of crafting on my pristine, clutter-free desk (the results of which can be seen in my previous post) and I'm feeling tempted to set myself a little challenge to make a card or other project using only the pile of paper scraps that I collected during the desk tidying process: :) 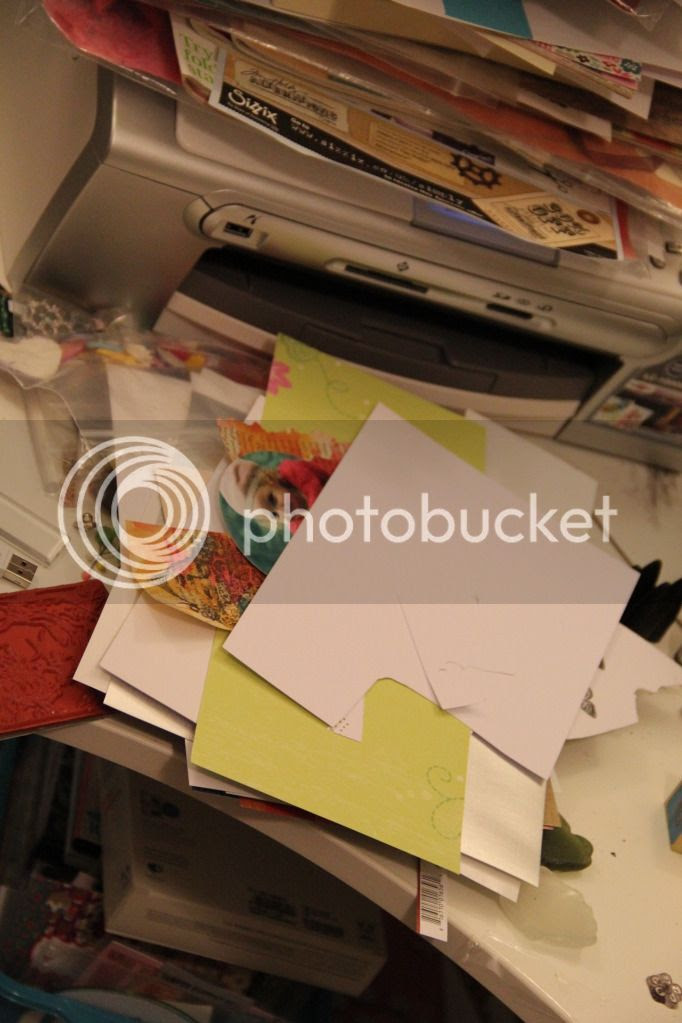 Hi there, thanks for letting me peek into your creative world this morning. Wow, two desks, you are spoilt!
Neil#34

Wow - congratulations on the clean-up - with the Cameo to kick you into action, I'm not surprised you got there! And looking forward to the results of the paper scraps challenge... Happy WOYWW!
Alison x
#63

Blimey! Now that is a desk! good luck with operation Cameo - I have to say since I put my Cricut out and accessible I have used it more and more. The Craft Robo pro I have is in another room, hooked up to a PC (ergh. I cannot switch between Mac and PC without really engaging my brain) and I never seen to fire it up now. Will look forward to some super crafting from you then.....

You mean there are DESKS underneath our crafty stash? Wow, I thought they were all made from piles of craft stash!

You make me want to run off and clean my desk. Umm...maybe later. :)

Well done on cleaning up your desks - what a great feeling it is :) Looking forward to seeing what you make with your scraps.
Sue

I have a mahoosive desk clearance coming up when I move into the other room, so thats my excuse for not doing any yet, lol.Have a great week, Hugs Shaz #107

I don't mean to be rude, but oh, I think you could manage more than one card from the pile that came out of the super impressive desk tidying! Know want you mean about the IT stuff.....I'd rather live with the inconvenience than work out how to do it!!

I love the idea of making a project with the pile that you've cleared from the desk. I may try that next time I tidy...
Laura 87
x