I've been hard at work crafting for the last couple of nights but, unusually, it had nothing to do with papercrafting!
Instead I've been messing about with fabric paints and - *gasp* - sewing! This may come as a surprise to those of you who know me and have heard my oft-repeated claim that I suck at fabric crafts (it's true - I do! :D).
However, it was all in a good cause... after two evenings of painting with fabric paints and sewing by hand, this was the result: 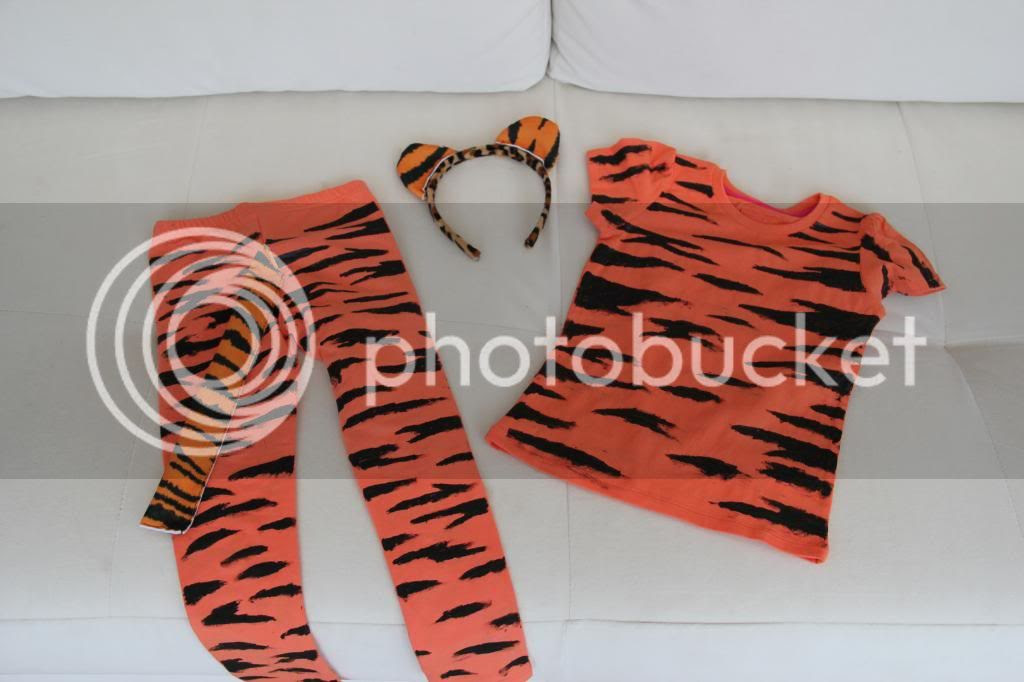 And, with the addition of some face paint, this was the finished ensemble this morning! 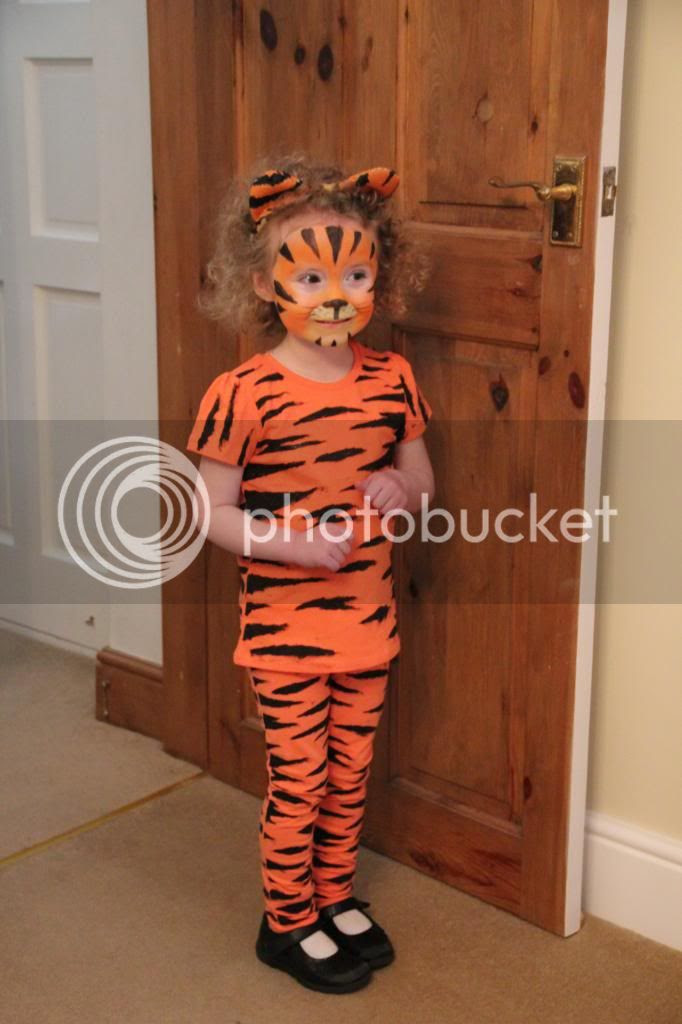 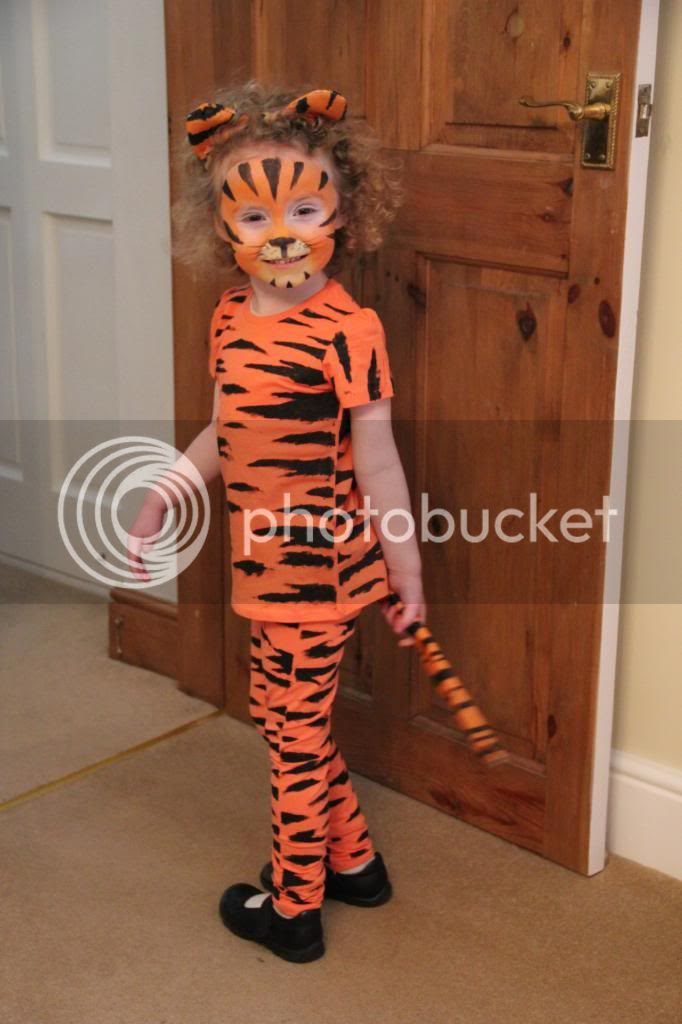 Doesn't she just look *too* cute? :D
All this was in aid of DD1's pre-school's decision to combine today's Comic Relief Day with last week's World Book Day - so the kids were asked to donate £1 each and come to school in fancy dress as a character from a book.
I decided to take inspiration from one of DD1 and I's favourite books - The Tiger Who Came To Tea - and send her as a tiger. So I bought face paint and fabric paint and some tiger-patterned felt and managed to scour the supermarkets to find a plain orange t-shirt (harder to find than you'd think!!) and plain orange leggings and also managed to find a fluffy ears headband, although it was in leopard-print, not tiger-print.
And so I spent the last two evenings painting black stripes onto the clothes with the fabric paint and then sewing the tiger-print felt into a tail (and sewing that onto the leggings) and into ear shapes which I sewed over the ears on the leopard headband.
And this morning I put the whole ensemble on her and had my first ever go at face-painting (and I do have to say, I rather impressed myself with the results! :D).
And she looked just awesome. :)
It was lots of fun at pre-school with all the kiddies running around in their costumes... and, at the risk of sounding smug, I think DD1's was the only one that was home-made rather than store-bought (most of the girls were wearing some variation of a Disney princess costume - Snow White or Rapunzel or Sleeping Beauty etc) and in fact I had several people ask me where I'd got her costume (or where I'd had her face painted!) and were surprised and impressed to find that I'd done it myself! :)
And amazingly, my sewing seems to be sturdy enough for the costume to have survived the entire afternoon (and is still going strong now, with her charging around the house and rolling about on the living room floor!). I guess it can be added to the dressing up box for future fun and games. :)

Email ThisBlogThis!Share to TwitterShare to FacebookShare to Pinterest
Labels: sewing

wow this is really wonderful. She looks gorgeous ;)

Precious (the costume & especially your daughter)! But I'm not sure that you can continue to claim you have no sewing skills. :)