I haven't been doing a lot of crafting lately. I'm not sure why... I have the ideas and the desire to work on them... but somehow by the time the kids are in bed I am just exhausted and end up spending my evenings vegging on the sofa, watching tat on tv, instead of getting in my craft room!
I have made a couple of cards recently though... and I've also been getting back into doing some drawing. I used to do a lot of drawing as a teenager but kind of fell out of the habit after leaving school. The advantage to drawing also is that I can do it while sitting on the sofa and watching tat tv! :lol:
I've mostly been making some ATCs (I've been getting back into swapping these on the ATCsForAll website and have received some stunning cards in return! Some of you may recall me pondering, in a recent WOYWW post, what to do about colouring in an ATC that I had drawn of a Japanese Lolita-style image... I decided in the end to colour it with my Prismacolor pencils (though I did scan it in first so I can hopefully go back and make an outline image of it as well to colour in with e.g. Promarkers) and this was the result: 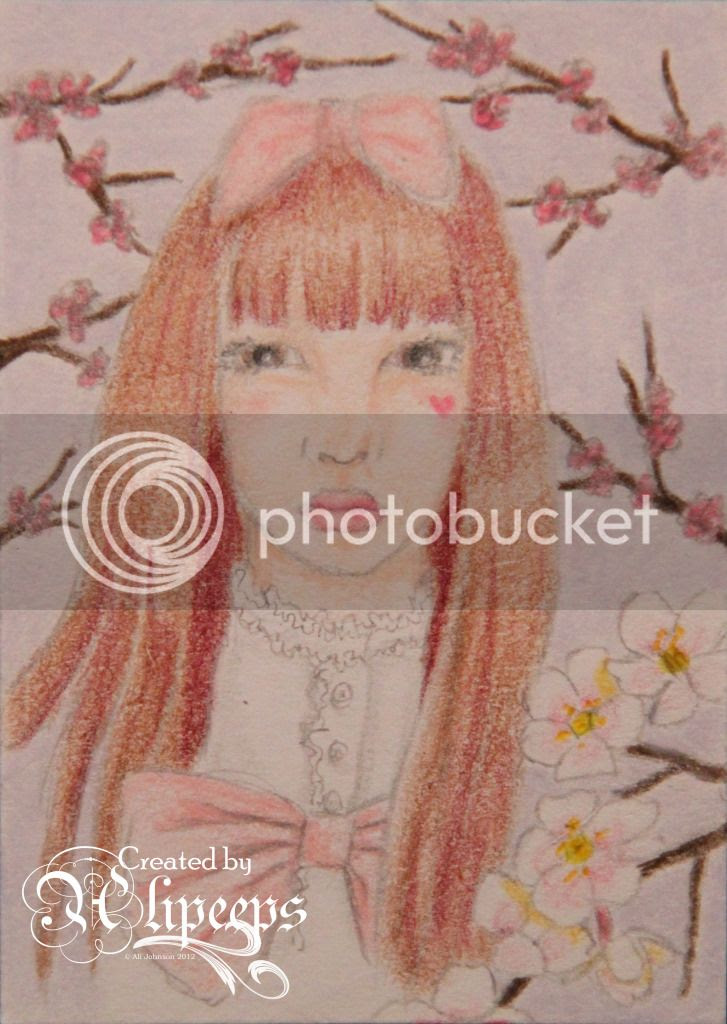 I'm actually really quite pleased with how this came out, considering I'm still really getting the hang of how to use my Prismacolors and historically I've never been great at colouring with pencils. :)
I've also done a few ATCs where I've done pencil drawings and then drawn over them with a fineliner pen and coloured them in with black markers: 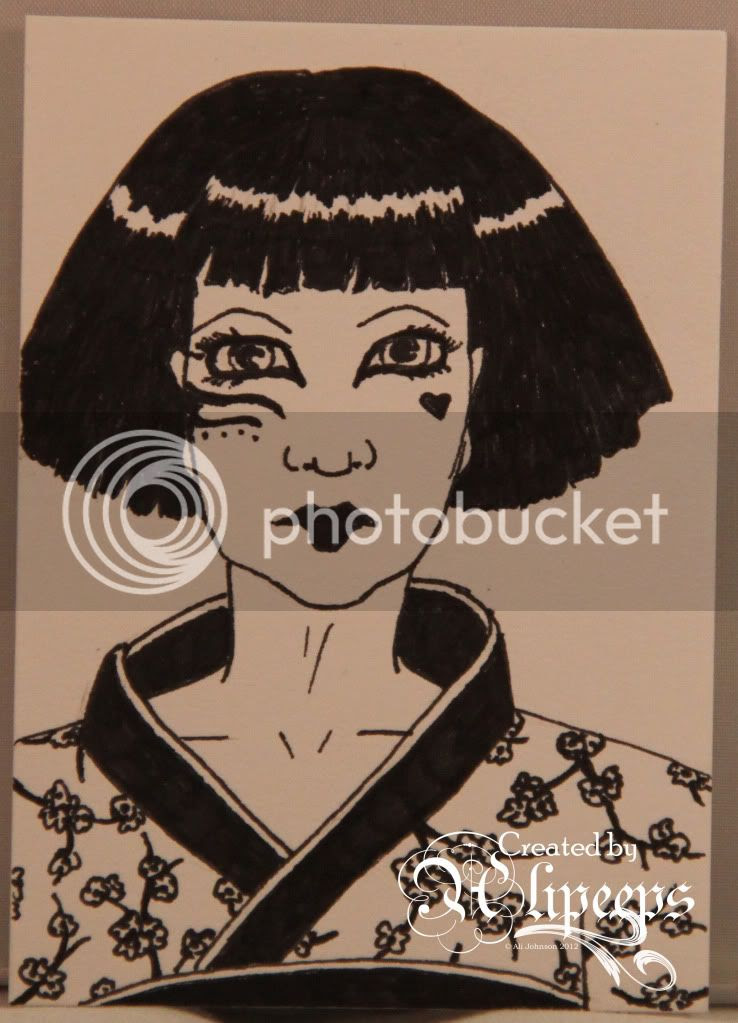 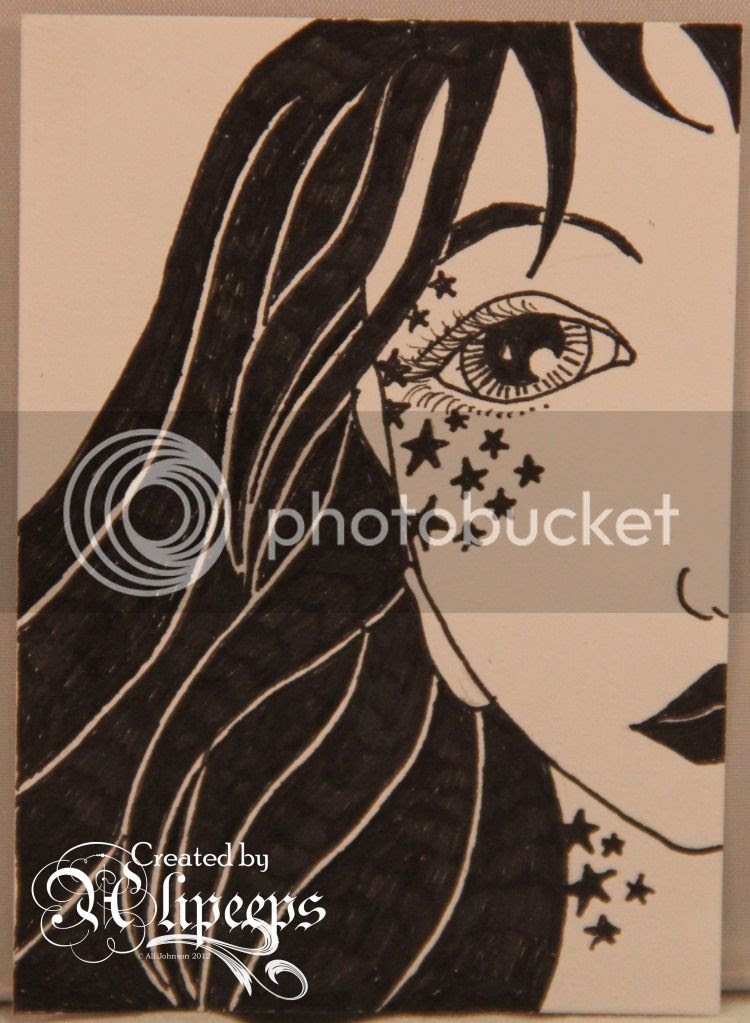 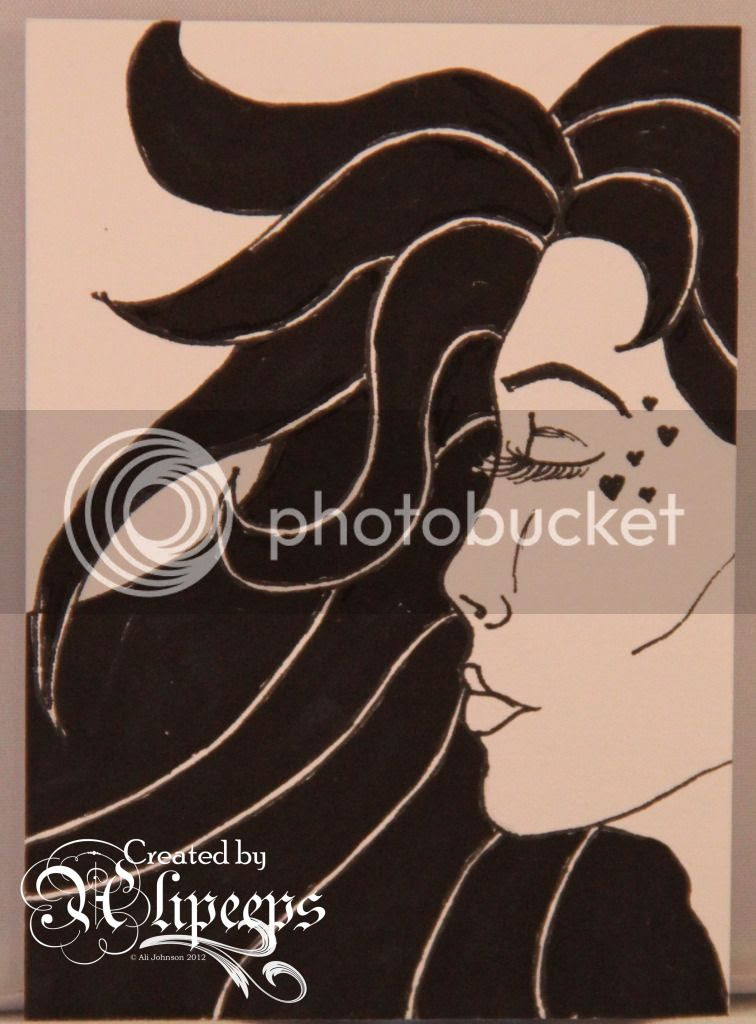 The cards I've made are...
One for DD1's keyworker at pre-school who is not coming back after half term as she's going on maternity leave: 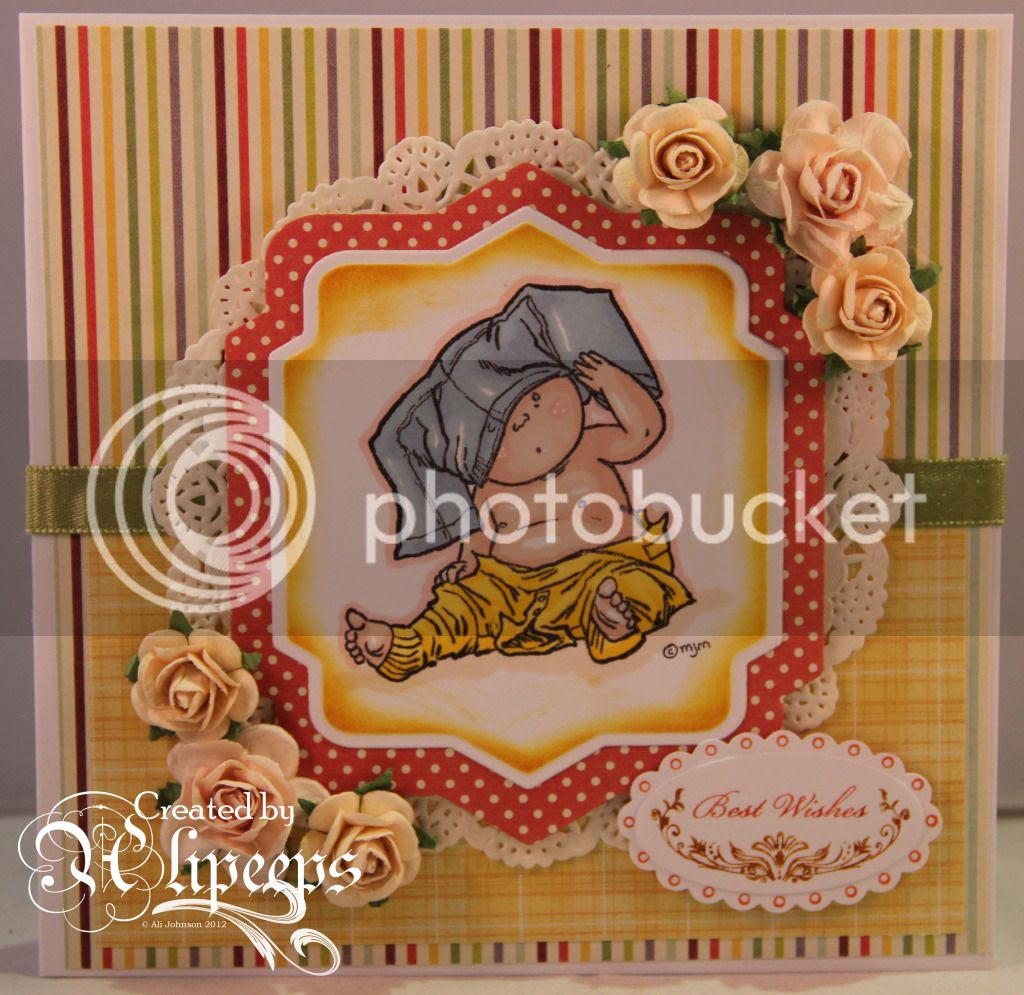 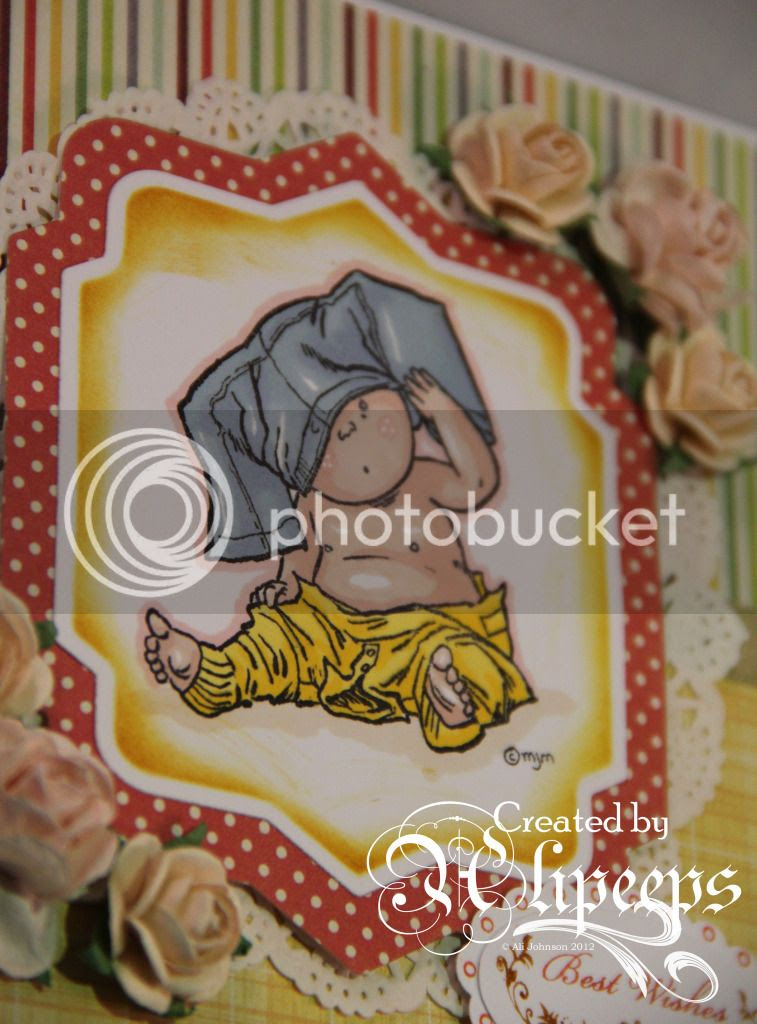 I used an adorable Mo Manning stamp (coloured with Promarkers), Stampin' Up! sentiment stamps (and coordinating punches) and some freebie papers.
And of course I had to make a Valentine's card for my lovely hubby: 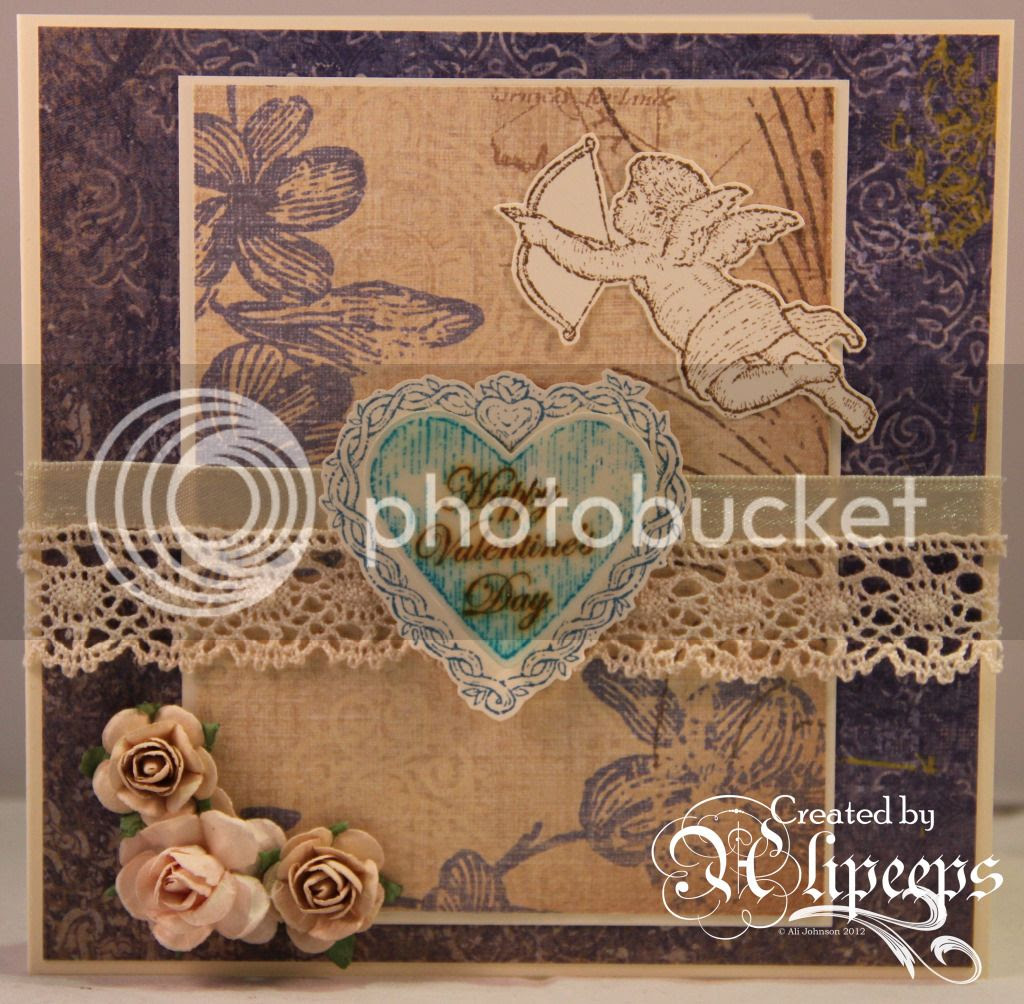 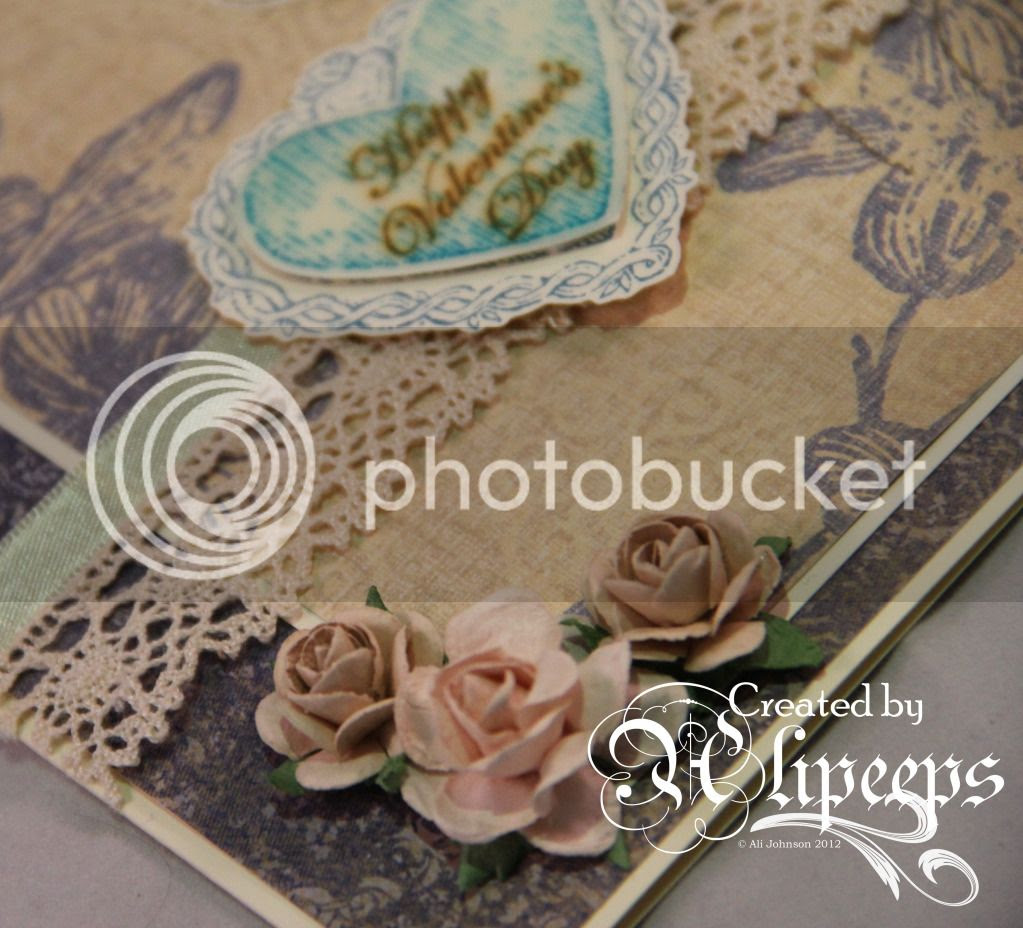 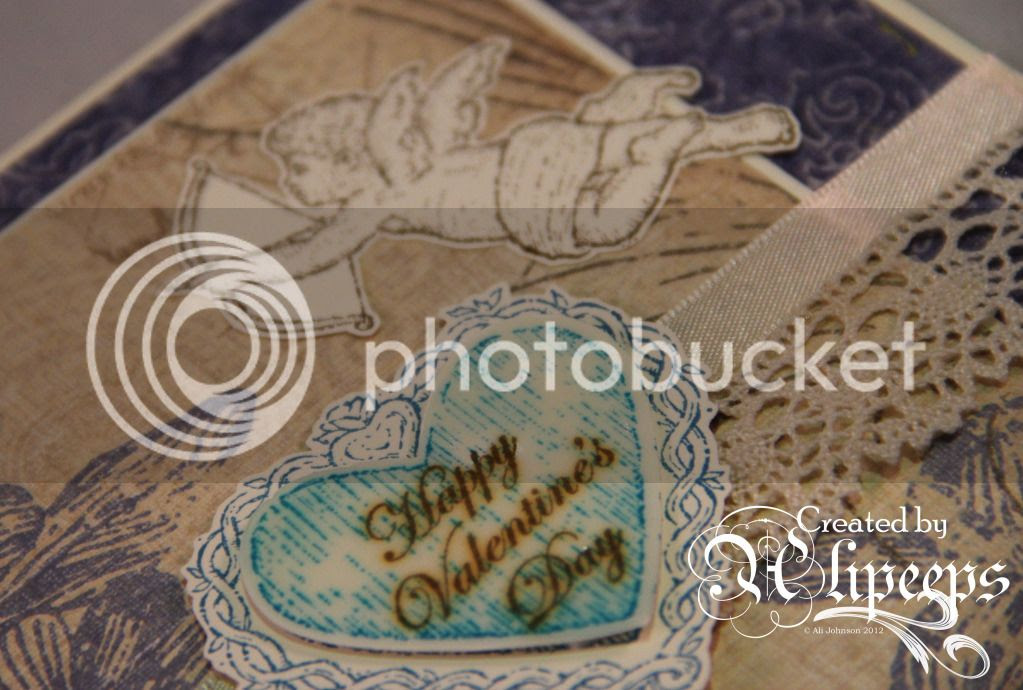 I used Stampin' Up! stamps (and a coordinating punch) and some scrummy papers (K&Co's Blue Awning, which I've had for years and love almost too much to use! :D) which I'd had lying around on my desk, having dug them out for use on a previous project but then changed my mind. :) I also added Glossy Accents to the central heart to give a bit of sheen and dimension.

All your projects are just lovely, Ali.
Sue x

These are all wonderful! You are soooo talented! Love every one of them. The side view of the one with long hair is my fav. Wonderful coloring on the baby too. Super creations.

Love these cards!! I'm catching up on back posts.